It’s been quite the month as I settle here in Tokyo. My tiny apartment is about 30 minutes outside of Shinjuku and I’m paying roughly $750 Canadian a month, including utilities and fiber internet. Which if you’re from Saskatoon, that’s pretty cheap. Granted the space much smaller (~220 square feet) compared to Canadian standards, it’s more than enough. Here are the photos that everyone has been asking me about.

This month has been full of learning and frustration as I check items off my never ending list. Here’s just a small sample:

While it has been incredibly stressful it has also been a great learning experience. How else are you going to learn if you don’t get out of your comfort zone every once in a while? Even with having lived here back in 2003, it’s a lot different this time around. With the simple fact that I have to do everything myself. The best way to explain it is that it feels as if I’m living on my own for the first time, again.

I have found that my Japanese is not as terrible as I thought, but I have a long way to go. Being forced to speak it every day while I’m out is great practice. I have bought some children manga to help with my vocabulary and kanji. I can only read a textbook for so long before I become incredibly bored and unmotivated. This way it stays interesting and fun. If you’re curious I bought Super Mario and Animal Crossing manga. They were only 150 yen (~$1.50 CND) at Book Off. To keep the stress levels down I’ve taken the time to go and enjoy Autumn in Tokyo.

To make my apartment feel like home (it came with basic furniture) I have been making multiple trips to Seiyu (which is Walmart in Japan) and Daiso (the dollar store). I simply am not able to do everything in one or two trips. I have the choice of carrying items home or having them delivered. There are still most things I wish to buy, but it’s really starting to feel like home.

One item that oddly caused me the most grief was obtaining my Annual Passport for Tokyo Disney Resort. I went to the ticket purchasing center at the resort. Told the lovely Cast Member that I would love to purchase an annual passport. Everything was fine up to that point until I went to pay. She tried my credit card about five times before she called someone else to help her out. They punched in my number and they told me, in a very vague way, that my card did not work. They instructed me to phone my bank. Being a little flustered I went to a pay phone to see if I can make an international collect call to my bank. No such luck, so I went and asked another Cast Member if there is anyway to make an international call. I don’t think the girl understood me clearly as she just pointed me back to the pay phones.

By this point I was tired, hungry, and flustered. I went to the Tokyo Disneyland Hotel (which is gorgeous by the way) and asked the front desk if they had anyone that spoke English. I couldn’t really think of a good way to explain my exact situation with my elementary Japanese ability. Thankfully there was a Cast Member who spoke English and she was amazing. She wasn’t sure how to make a collect call to my bank, so she tried a few times, then she called an operator to get me through. About half an hour later I finally got through to my bank only to find out that my credit card is completely fine and the issue is on their end. I thanked the Cast Member for assisting me and went back to the ticket center. The Cast Member tried it once more and still nothing. This time I asked her what the exact error was, she told me that my limit had been reached. Which was impossible, but by that point I told her that I will come back another day. By that point I was incredibly embarrassed and flustered that I could not think of a way to solve the issue.

In the end I did get my Annual Passport by paying with cash a few days later. I’m still not 100% sure what caused my card not to work, as it works every where else in Japan. But, regardless it made for a good story.

Being here just over a week John (aka @himpster) came and visited for two weeks. While that time frame seems sufficient, in reality it went by too quick. There are a few things we had to skip but that means there’s more things to do when he comes back! John was brave enough to take the Narita Express into the core of Tokyo on his own. Have to say I was quite proud of him for doing that, it was really outside of his comfort zone. Thankfully Japan makes it relatively easy for tourists who do not speak any Japanese to get by.

Instead of going into detail what we did (I will let him do that with his own blog), I will simply give you the run down:

In Canada we use messaging apps such as Whatsapp, iMessage, BBM, Snap Chat, etc. The most popular messaging app in Japan in LINE App. It was created shortly after the earthquake in 2011. Along with being able to message and phone through the app they have a never ending list of “stickers” you can send in your messages. They range from popular characters in Japan to familiar western characters such as Mickey Mouse and Snoopy.

I have been using this app with my friends who live in Japan and it has become invaluable. If I ever have an issue with something my friends are only a quick message or phone call away. I have relied them on a few times. One instance where I was unsure of what type of rice to buy and how to prepare it. Sent off a message with a photo of the rice and got the answers I needed. Sometimes when there is a lot of Kanji (Chinese Characters) I run into issues.

If you want to get line, simply visit their website and download it to your device of choice. Ask me for my ID and you can add me!

One of the other reasons for coming to Japan (besides improving my Japanese and experiencing this beautiful country) is to find a  job. With my Working Holiday Visa I am able to work. I have been receiving daily emails from sites such as GaijinPot for jobs matching web development and other related jobs. I have sent my resume (or CV) out to a few places.

Japan is known for everything and anything cute (kawaii) and of course I’ve had to buy a few things that I simply could not resist. Some of it was editable and some dangles off my bag.

That’s my first month in a nutshell. I’m happy to answer any questions about things I’ve glossed over, just ask them in the comments. If there are any topics you’d like me to go more in-depth please leave them in the comments as well. Don’t forget to subscribe to get my updates sent right to your inbox, less effort on your part right?

Depending on the questions you guys leave for me, my next entries will pertain to my Working Holiday Visa and job hunting in Japan. Also there will be posts just about everyday items. 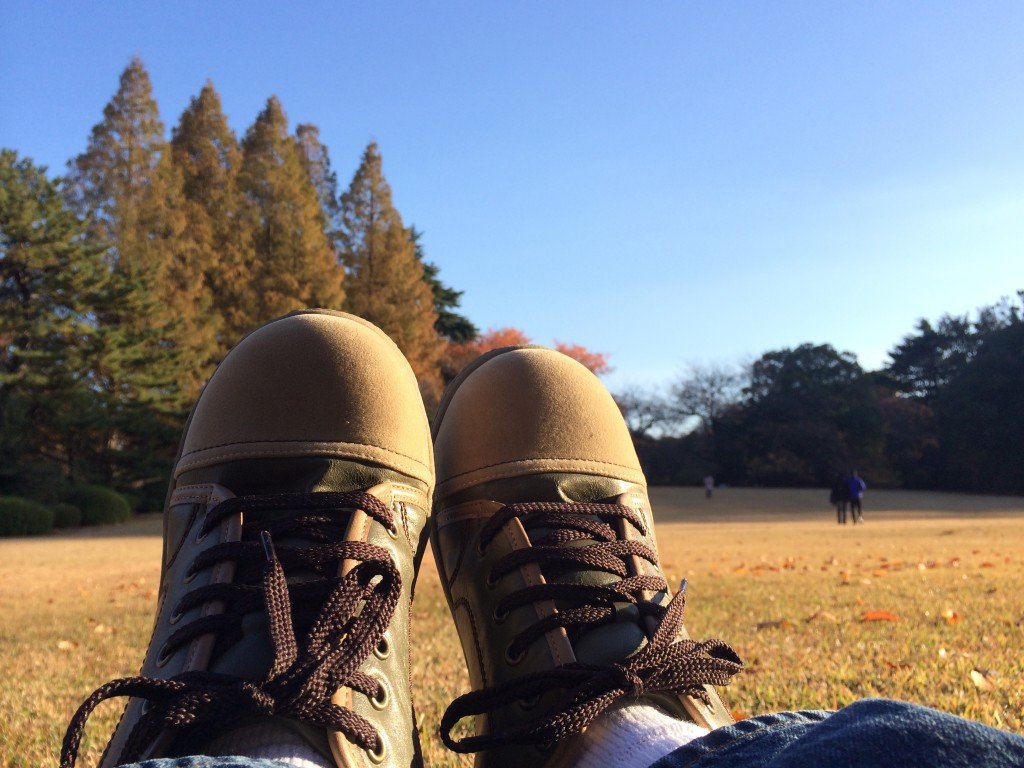 6 thoughts on “One Month After Moving to Tokyo”