Everyone has heard the stories about how crowded trains can get here in Tokyo, especially during rush hour. People cramming onto trains and employees pushing people into the trains. I wish I could say that this is an over exaggeration, but it simply is not. Here’s a photo of how crammed it can get on my train on my commute to work. 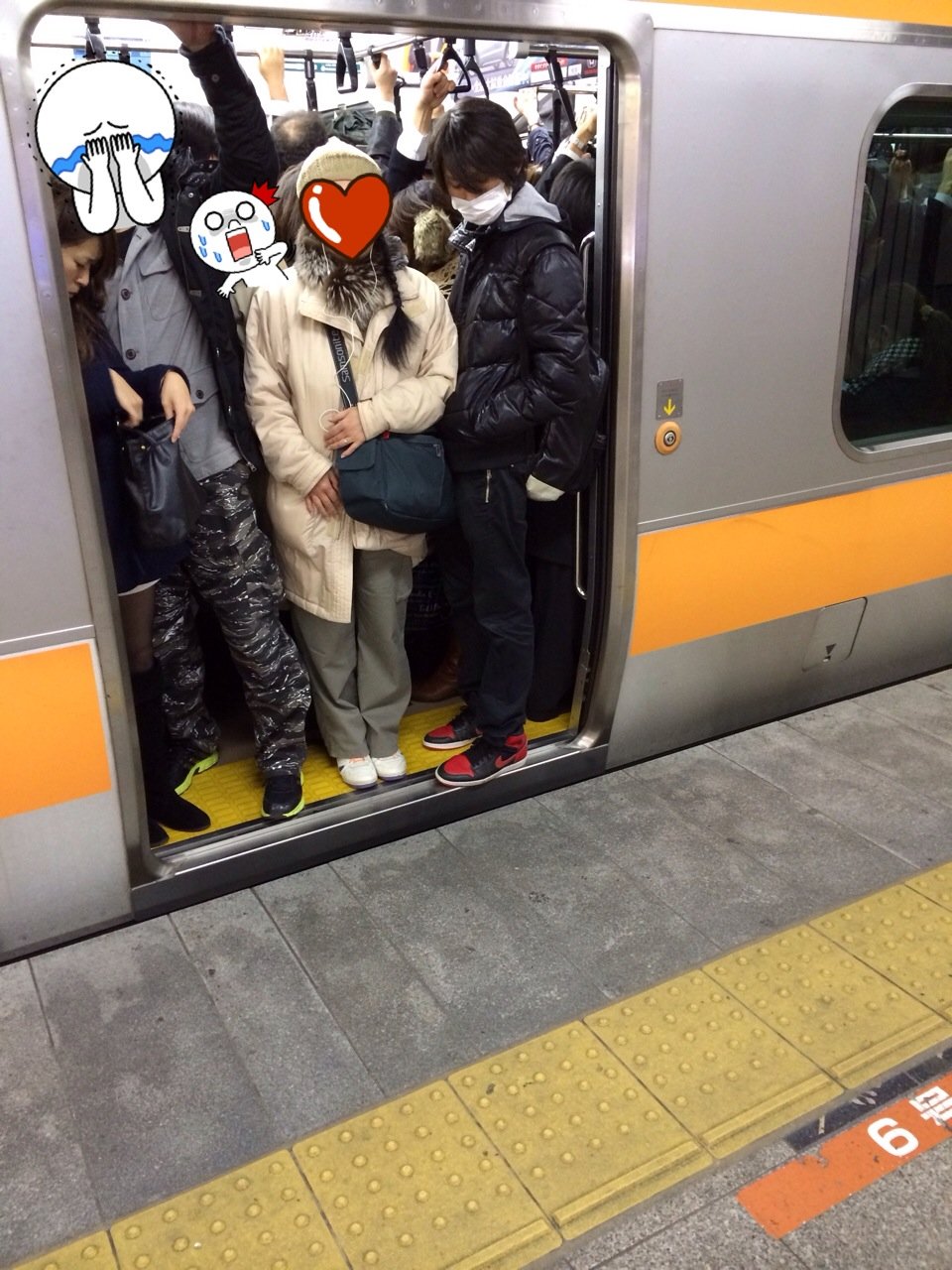 Where I am located I have the luxury of choosing between two different train lines. One line I can take into central Tokyo, while the other helps me get to work that is north of my location. I take two lines to get to work in the morning, which only takes about 30 minutes total, which is a bonus. The first line is relatively older and during rush hour there are still seats left for people to sit on. Once I transfer over to the Chuo Line, that’s where the cramming begins.

Once the train gets to me, it’s also full to capacity but there are still a couple hundred people at this stop that need to get one. While a few people get off the train, most stay on board. But some how, every morning, we all manage to squeeze onto the train. So much, that I do not have to hold onto any hand rails and I can easily read the article the person in front of me is reading on their smart phone (usually it’s Puzzle and Dragons).

There are a few times where people that have less than ideal hygiene beside me, which can make the train ride rather long, but for the most part everyone just wants to get to work without any fuss. Thankfully I only have to endure the sardine can of a train ride for two stops. Which is nice because I wouldn’t have much choice but to get off the train anyway, since the wave of people getting off there’s not much you can do but go with the flow.

I will admit, I have fallen asleep a couple times while standing up because it was so warm and oddly comfy.

4 thoughts on “Morning Commute in Tokyo”